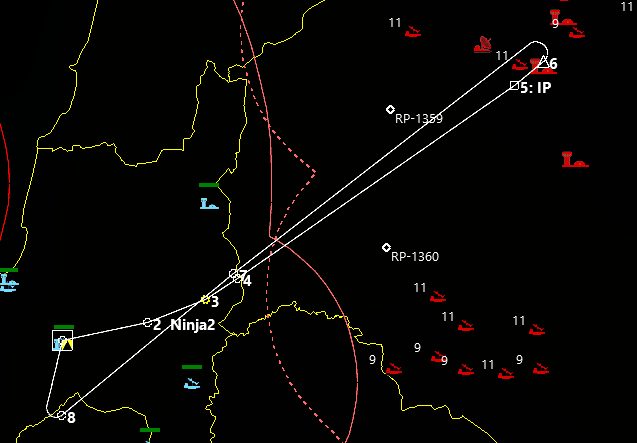 One of the most requested features in CMO (and CMANO) has been a Strike Planner, or Time on Target planner. This, with the latest Beta Update, is now a reality. It works. It works well. It will probably change how you play the game, and it will most definitely make your play time more enjoyable.

What is a Strike Planner?

So why a Strike Planner? It allows you to coordinate various patrols and attack packages and see, before they launch, where they will go and at what time they will get there. As an example you may have had a Offensive Counter Air strike against a runway, but your SEAD launched slightly later and is now a minute behind so your strikers get smucked by a SAM site, or maybe your CAP is a minute late and your strikers get bounced by the enemy CAP.

It’s worth mentioning this update is big. Huge. Even though it is affectionately known as Tiny. This is probably the biggest slate of changes and updates since CMANO was updated to CMO, or when Chains of War was released. There is an absolute metric ton of stuff to parse, but the Strike Planner is one I’m particularly excited for.

First off it’s worth mentioning (again) that this is a Beta. Which means not everything will work, and when you discover something that doesn’t work you should share it on the Matrix Forums so people can fix it. There are a few bugs, it’s kind of the purpose of these things, so be aware if you install this Beta.

Using the Strike Planner is super simple. You make a Strike mission like you normally would. You assign targets, or reference points, or whatever is necessary. Then at the very bottom of the Mission Editor you’ll see some new buttons.

After you have your mission created press CREATE or UPDATE flightplans. This will populate the flight plan, allow you to see the pathing, and more importantly use the Flightplan Editor. If you select the Flight in the “Units Assigned to Mission” box, you’ll see the path.

It’s worth noting this is a “Strike” planner, and not a “Patrol” planner or “Support” planner. As such the buttons are only available for Strike missions. Though it would be very cool to see some of this functionality for other mission types.

You can grab any of those numbered points and shift positioning as you see fit. But the real magic comes when you click on Flightplan Editor.

There’s a lot of info here, but you can, for the most part, only tweak what you want to. We’ll go through it bit by bit as this whole works is pretty dense.

But it keeps going! Total time, remaining fuel, speed adjustment, formation, spread… As you can see, the options and degree of control allows for granularity that we could only dream of (or micro-manage). One nice thing is how optional the whole thing is, if I want to ignore it, I can. If I want to plan every turn, speed, fuel leg, and detail I can, if I want to do both… you get the idea. It is extensibility with flexibility and I like it.

First things, you need to get on the Beta track. If you are a Matrix customer go over to https://www.matrixgames.com/forums/viewtopic.php?f=10201&t=384052 and follow the instructions there. You’ll probably want to look for other updates on top of the Tiny update. For example the current build, 1276.1, is in addition to Tiny.

If you are on Steam there are instructions at the Matrix link above, and you may have to still download and extract to your Steam install location for the newest update.

Beyond that make a Strike mission like you normally would.

Then at the bottom click CREATE or UPDATE flightplans.

Now you can open the Air Tasking Order (CTL+SHIFT+F11) or Edit the Flight Plan as per above and adjust.

The most satisfying initial mission is the Israeli OCA from the Shifting Sands campaign, Hit Hard Hit Fast. This has a huge amount of IAF aircraft from multiple airfields with multiple roles. Getting them all onto target is both satisfying and tricky. Give it a go with the strike planner and you’ll see what I mean.

One of the more intriguing things in the Beta is the Taskpool – Package – Dynamic mission system. The documentation is sparse and I haven’t been able to put it together, but it looks very interesting. In a nutshell you can assign aircraft to multiple missions, and give those missions priority, so as tasks are completed they will be shifted around.

There is also an Operation Planner that looks like a sophisticated way to trigger missions.

Again, documentation is sparse here, but you can sequentially task missions depending on triggers or criteria. This is the first time I’ve seen Luascript available in the mission itself and not the editor. My hunch is it would allow for, say a SEAD strike to occur and then that would trigger other missions. Or if your Luascript executes then it would mark a mission as satisfied.

I’m cautiously optimistic that this will get polished and end up in the game, but it looks to be something beyond anything we’ve seen in the commercial version.

This is one of the biggest additions to CMO yet. It will change how you play the game in fundamental ways. Using it will make your game play richer, more complex, but easier to manage. It’s one of those things that once you use it, it’s hard to imagine how you could ever play without it. It has re-kindled my interest in complex missions and brought me back to learning more of the craft.