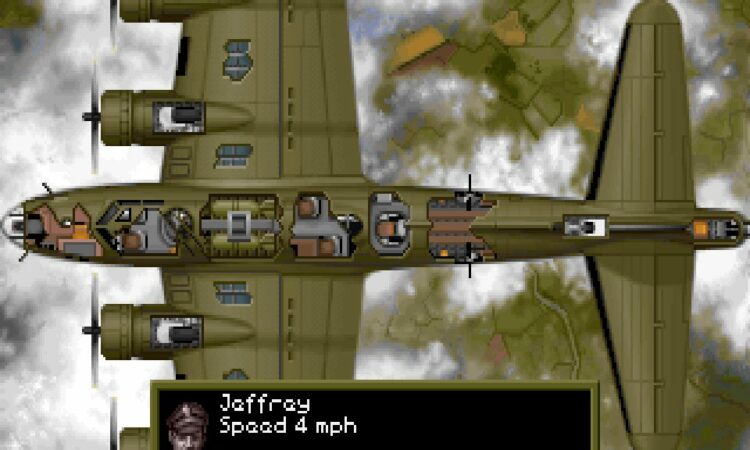 Starting out the fall festivities is a Civil War title that is unique for it’s expansiveness. Caveat here, I am not a Civil War nerd. I can get into Franco-Prussian War, Napoleonic stuff, but the Civil War just doesn’t grab me. But about when this came out I was digging into Shermans March so I was finally in the mood to try this game out.

The detail and control is really unique. This is a grand strategy game, have no doubt. It also tries to be a history lesson where the campaign follows a structure. This was a bit jarring at first as some things I did were un-done in the next chapter. But it helps someone like me with just a passing interest watch as things unfold.

The game has some serious onioning. Peel back one layer and there’s another one to get into. This is a good thing, in case you’re not an onion aficionado. One complaint I always had about Civil War games is how to address the glaring early war situation. The North should have stomped the South, and in the capable hands of a player in most games they will. In GTCW though it felt more ramped up, though I still struck for the south in some a-historic ways.

It’s one of the best additions I’ve seen in the Civil War genre in a long time. AGEOD’s Civil War II has held the crown for a long time, but I’d really recommend that you give this one a try if you’re into that time period. Be prepared for some jank and a touch of UI oddity, this is not a AAA title and it shows, but it’s playable and enjoyable.

In the glory days of Microprose there was B-17. A flight simulator, crew manager, and strike simulation that was really exceptional. In its era they were top notch titles. Now, whew, they’ve stayed the same while the state of the art has moved on. But, Microprose saw fit to re-release the titles. So dig out your rose tinted glasses and step back into a different era of gaming.

These are Dosbox modified titles that are the exact versions from the 90’s. This means you get to watch as your monitor resizes and fights to a resolution not seen in these parts for many a year. The creakiness comes out quick as the difference from modern UI/EX clashes with what was the method of the day in 2000.

But it’s still enjoyable, at least for a short while. I found I needed to have a print out of the key maps (kindly provided in a PDF with the game) but more than anything I found myself putting it into automatic mode. I’m still hoping to play more of this, but with titles like IL-2 or DCS available I’ll likely play something modern. Watch for these on sale as they can still be a lot of fun.

A new entry to the excellent Decisive Campaign series is set in the Ardennes. Yes, another Battle of the Bulge game. Vic of VR Designs has taken the lessons from his recent releases and polished this into a really excellent title. The graphics and iconography has really grown from the early entries in the series.

Traffic jams make for one of the most interesting additions to this title. In case you’ve never seen the 1965 release of “Battle of the Bulge” there was two main issues for the Axis, inadequate transport and lack of fuel. This game distills both of those into key mechanics that make this different from ABG “Another Bulge Game”.

The focus on a tighter engagement is also refreshing and I hope this trend continues. Sometimes its great to dig into the finer details and not just corps or divisional level counters. All of this depth comes with a touch of a learning curve but if you’re familiar with the genre you shouldn’t have trouble.

Starting December 2nd will be the first CMO PBEM PVP Tournament. We’ll be using the IKE framework to handle the multiplayer aspects. Pop on over to the Matrix Forums and sign up. There’s a few prizes for the winners, along with the immortal fame of CMO supremacy.

Strategy Game Studio has another title coming out. I’m a big fan of the Winter War and the pseudo board game / zonal design. In case you haven’t seen it the game uses zones or territories instead of individual hexes. It is very reminiscent of the AGEOD engine games. There is a strong card driven mechanic to the games as well, similar to what VR Designs has done with their games.

In addition to Fall Weiss they have a slew of other titles in production. One of the more interesting is Heia Safari, covering German operations in Africa in World War One. Time to channel your inner Bogart and captain the African Queen.

Microprose sends us another one from left field that looks really awesome. Ever wanted to run your own design bureau and manufacture tanks? Well, this is right up your alley. Definitely a “tycoon” style game where there’s engineers, and budgets, and research, and eventually tanks. At the moment there is a demo with a surprisingly functional tutorial. (Take note grog game devs, a good tutorial is nice!)

In addition is a Kickstarter campaign with some really interesting stretch goals. Initially it’s just Britain, but stretch goals include other nations as well as a whole slew of features. This one has some real potential, be sure to check out the demo and the Kickstarter. Normally I try to avoid Kickstarter but with the Microprose backing I feel a bit better about this one.

Unity of Command 2 has been a fan favorite since the release of the original. No longer “grog lite” or a puzzle game with grog skin, this is a full fledged war game. Stalingrad is out and covers the infamous campaign where the German 6th Army evaporated into the steppe. There’s new units, lend lease stuff, some alt-history scenarios, and new music.

If you’ve already for UoC2 then this one is a no-brainer for $10.

The big news, and one that I was expecting, was the acquisition of the JTS assets. John Tiller’s company has quite a stable of games and I’m excited to see them end up with the exact folks who were polishing them for John. If you own any of these games you’ve likely gotten a slew of emails with updates of one sort or another.

The biggest thing I’ve noticed is a graphical rework that smooths out the rough edges and crispens up the counter. PzC Stalingrad looks good. And I never thought I’d say that.

Wargame Design Studio has plans to add some polish to the Squad Battles titles as well as the Napoleonic titles. My hope is they add some polish to not only the UI, but also the UX
(user experience) side of things. The AI could really use a push as well. I enjoy me some France 14′ or Panzer Campaigns Stalingrad, but at times the AI makes some really boneheaded moves. A text log, or more data tools, would be awesome too.

Also a reminder, most of these games have demos with a very deep range of scenarios. When I was initially on the fence it was the high quality demo that sold me on the game.

All in all the health of the industry is really amazing, seeing multiple studios launching a plethora of titles really bodes well for 2022.

Next ArticleWhere is the Digital Wargame Renaissance?