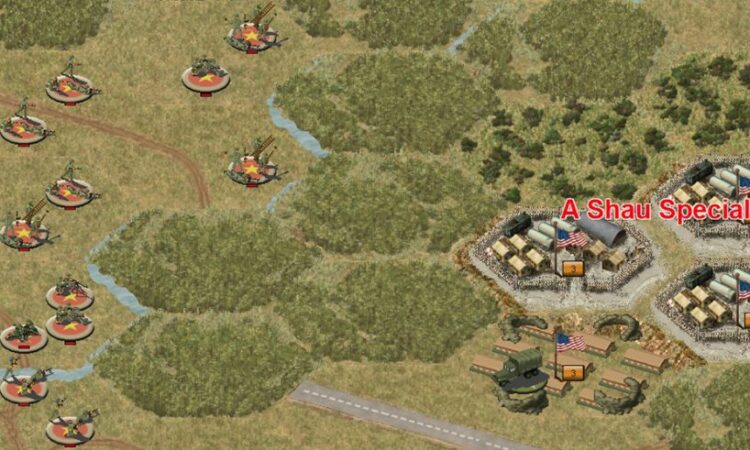 Get ready to crank the Creedence Clearwater Revival, roll a doob, and slap a peace sticker on your pot. Campaign Series Vietnam is looking at a Q4 2021 release. Information is sparse but there’s some dev blogs that we’ll highlight below the break so you can get your Vietnam groove on.

Covering all of the Vietnam conflict, we go from 1948 all the way to 1979. This is a refreshing look at a long, complex, and difficult series of wars. Most interesting to me is the progression from independence as a French colony all the way to fighting China in the late 1970’s. A focus away from strictly US engagements is interesting and should make for some unique gameplay.

Playing as the French or Chinese will really round out the package. Seeing one area and one people toss off the yoke of French Imperialism, then knock out the US, and finally repel the Chinese all in less than 50 years, should make for some really interesting scenarios. It’s a humbling look back at lessons we should have learned about counter insurgencies.

I heard a great line about the US involvement in Vietnam from an ex CIA Operative, “we weren’t in Vietnam for 20 years, but for 1 year 20 times.” This was in response to the recent pull out from Afghanistan where lessons were learned about this same issue. Again.

Now I’m probably the only person that gets excited about seeing Lua in a game. It’s one of my favorite features about CMO, you can create things that go far beyond a basic scenario. The opportunity for unique narratives and stories is really exceptional. My hope is for a fully fledged scripting platform.

On the downside it’s not the prettiest game out there. But the the function takes over, it’s a solid foundation for the type of game it is. Large unit counts, a clear progression in usability, and an expectation of success or failure that can be expanded over time. My only real concern is the click-fest side of things, but as long as there are smaller scenarios then I can handle that.

In case you didn’t notice the bigness above, that’s a 3440X1400 wide screen shot. Which means those of you who wish to play a hex based game on a widescreen monitor can. I’ve not made the switch to widescreen yet, but I know those who have and they say you can never go back.

It’s worth noting that the game looks much better when it’s zoomed out. The edges aren’t as harsh, the crispness and pixelliness (is that a word?) disappear into edges and shadow. It’s rather like the Panzer Campaigns series, zoom in one step too far and it’s a time machine to shitty graphics. So far my #1 recommendation is don’t zoom the damn game.

Speaking of UI… it actually has gotten better. The variety of buttons is still fairly overwhelming but at least we can narrow it down.

My familiarity of the Vietnam conflict hits the highlights. Bien Dien Phu, Tet, Ia Drang, so it’s refreshing to see battles that are unique and totally unknown to me.

The bigness of it is really striking. This sort of freedom of maneuver looks realistic, enticing, and also maddening. Hunting a determined enemy in such a wide open arena will take a definite change of pace if you’re used to the East Front or West Front. In 1970 the ARVN was the worlds 4th largest military so the bigness is well within reason.

Max Chee over at the Avid Wargamer has a great interview on the game : https://avidwargamer.com/blog/2021/09/11/interview-campaign-series-legion/

It is interesting to see the title supported and grown well beyond the original design intent from Talonsoft in 1997. You can see the Tilleresque design philosophy rooted squarely in tabletop war games of the 1970’s and 80’s. It is a distillation of the computerized board game. I’m looking forward to the title as my first entry to the series.

One line that caught my eye is when Jason says the engine has grown from a “beer and pretzels” game whereas the new game is like a fine scotch, something to be savored over time. There is a list of enhancements and improvements listed on Max’s interview.

No word on a Steam release but if it follows Matrix’s past schedule it will make it to Steam roughly 6 months after release.