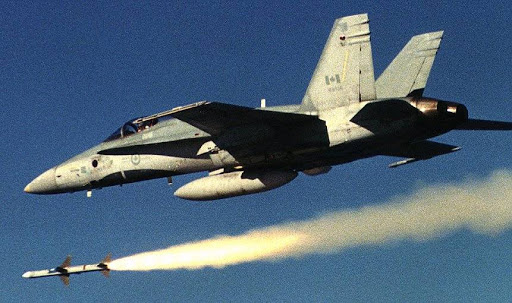 Command : Modern Operations PE has been the sole source of multiplayer for the platform. Only those professional or military folks have been able to shoot each other in real time. Until now. Matrix Forums user musurca has released IKE, a way to play PBEM CMO in a really awesome way. Let’s dig into it and see how it works.

IKE is an internal CMO framework to handle PBEM interactions between players. Check out the Matrix Forums post here. At the most basic level you download it, open one of the pre-made scenarios, and follow the instructions. That’s it. IKE comes with a handful of the more popular scenarios all set and ready for PBEM use along with a guide on converting scenarios.

When you initially decide on a scenario you have continuous mode or limited orders with command delay. Continuous mode is how you are used to playing CMO right now where you can adjust things live and give orders as you see fit continuously throughout your turn.

Limited orders though is something new and really exciting. You define turn length and how many command input phases each player gets. The player has that many orders “phases” to command his units. Once that is done the player is an observer until a certain defined amount of time has passed. One of my favorite features of Command Ops 2 is the orders delay, it’s unrealistic for a commander to give immediate orders leading to immediate action. This limited orders system is in that same vein.

A more robust command structure may get more opportunities to give orders while a rigid system would get less. So your 90 minute turn may have 3 orders phases for one player yet only 2 phases for the other.

Above is how it looks in between orders phases for the Spanish player in Canary’s Cage. My units are now “Allied” while I watch things unfold until my next orders entry phase. In the Continuous mode this would look like your normal CMO game and you could give orders as you please.

Personally I’m very excited for the limited orders phase. This will require you to think ahead and keep some reserves or have a mission profile that would launch in the event of “bad things”. I’ll be honest, I have bad habits from being able to adjust orders infinitely and micro-manage accordingly. This is not good tactical doctrine.

For a long scenario where there are multiple friction points I think the limited orders will be amazing. A short scenario or one where there is one main focal point will be more challenging. One example is ordering a ground strike but you realize your aircraft are too high and can’t see the target through the clouds. Right now it’s an easy fix, in limited orders though your units will adhere to the mission profile and not engage. Realistic yes, but potentially frustrating.

My initial PBEM involved mostly patrol missions with some air intercepts to catch hostile inbound strikes. The process was surprisingly smooth overall. A few headaches appeared such as a hostile ASW helo flying near to one of my frigates and the frigate didn’t engage. Normally I could shift-F1 and see why it wasn’t firing. But overall this was minor and the whole works only took a bit of getting used to.

As a scenario designer I’ll have to think on a different vector. I need to get a few matches under my belt to see what works the best from both a narrative and design standpoint. Designing a scenario with an AI on one side and some basic missions is totally different from balancing out a second side that can be a terrible threat.

When you take losses, and it’s not your round, how do you know what was lost and where? Above we see where I had a pair of Mirage’s shot down. It created an RP along with a loss log. It would be nice to know how, was it a SAM? An AAM? A dogfight? But alas unless there is a way to rewatch it ala Combat Mission, I’m not sure we’ll know. I’d have to dig into the lua and see if it’s possible to log the weapon that did the actual damage.

The whole system is fairly stable. I’ve had a few lua pop-ups but nothing that compromised the game. I had to reload the autosave once, but beyond that it’s smooth. Musurca did some amazing work, hopefully Warfaresims can build on this and give us an officially supported version that is integral to the game.

I really encourage you to find an opponent and give this a try. The potential for some amazing gameplay is upon us like never before.

Next ArticleCardboard Games Made Digital