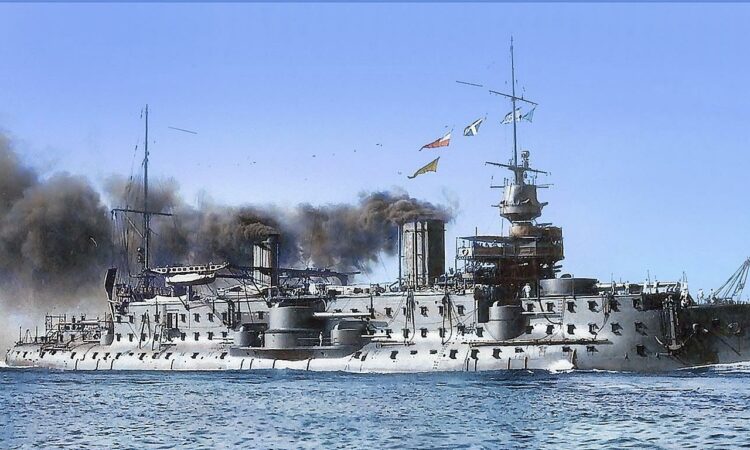 The fine folks over at NWS have announced the first expansion to Rule Waves 2 and it will cover from 1890 all the way to 1970. In addition they will be enhancing the modern aspects of jets, ASM’s, night air operation, along with a whole host of related improvements. On top of this is a “refurbishment” of the submarine system. One of the more interesting additions is a persistent ship history.

I’ve really gotten some incredible stories out of RTW2 and a lot of enjoyment. It’s not without it’s issues that I covered at release. Personally I’d have preferred to see the start date earlier, say 1865, and leave the stop date where it is. But even at that, those early battles are painful as you watch both sides slug it out and sometimes just run out of ammo.

Seeing the persistent history is really cool. I absolutely found myself attached to some old Cruiser that was cutting edge in one war and a terrible bullet magnet in another. Seeing how it fared in each battle throughout history is a cool immersion feature.

Persistent ship histories stores/records a detailed history of the life of each ship; i.e.when it was launched, where it traveled/transferred to & when, when it was refitted, what battles it fought in and its performance, when it was lost, etc…etc…

My biggest worry is the late game. Early on the game will move quickly and you’ll get some laughably bad engagements between some terrible ships. But late game is into CMO territory and minus the campaign aspect, I’d rather play a CMO engagement from that era. In RTW2 you don’t get much design choice on aircraft and for the enthusiast you can totally bolt on additional naval weapons in CMO.

CMO has everything modeled to a military grade and a huge variety of scenarios in the era from 1950 to 1970.

Tortuga has played way more RTW than myself and that’s a good take. Early game is where it’s at. I think air war was fun when you got a zeppelin here or there or some scout planes, but the system just broke down once you had mass air battles. But I’m hopeful this expansion will tie it all together in a more cohesive manner.

All in all I think Shoeless’s comment on Discord describes the situation well.

Next ArticleUnity of Command 2 : Barbarossa DLC