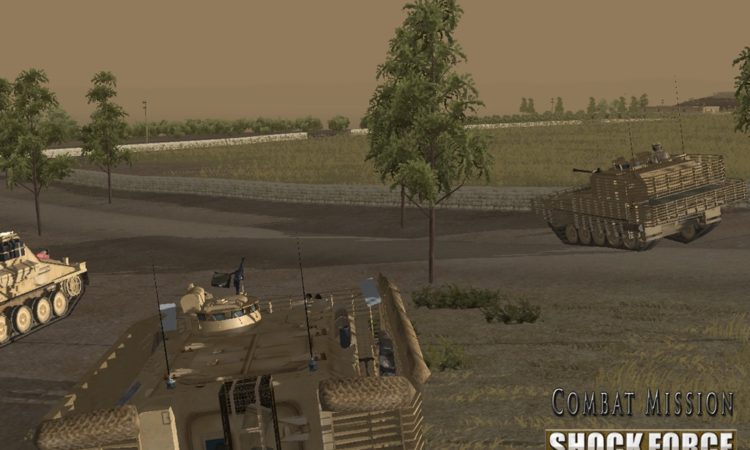 On August 4th it was announced that Matrix Games partnered with Battlefront to bring Combat Mission : Shock Force 2 to Steam. This is a very exciting and long overdue transition. Even more interesting is the tectonic shift that is grog game developers moving away from niche, DIY, distribution platforms to Steam.

I have a love-dislike relationship with Combat Mission. In this niche there is few competitors. Graviteam is an exception but I just can’t get the system to click. Command Ops 2 does a great job but you really miss out on the cinematic aspect of Combat Mission. Being able to give orders, play and replay your round, and then react is amazing. Replaying that amazing RPG shot, or watching a squad get gunned down is unlike anything else.

Now up front, I don’t have Shock Force 2 (or #1). But I do have Normandy, Final Blitzkrieg, Fortress Italy, and Black Sea. Add to this Barbarossa to Berlin and Beyond Overlord with the original engine. I didn’t get these last two until they were released on GOG. I’m a sucker for WEGO / pausable live games. I consider products like CMO or Combat Mission to be the true computer wargames and not computerized board games like the Tiller titles. Nothing wrong with IGOUGO stuff, but it’s worth making the separation.

Probably the most interesting part in all of this is Battlefront moving a product to Steam. At one point they felt better served off Steam. Matrix was the first to make the move followed by Panther Games with Command Ops 2 (which has a free to play core module). The folks at Battlefront were vehement about Steam not being the right platform for them.

Fast forward a few years and there is a Ministry of Defence (UK) partnership with Slitherine and Battlefront. The procurement skills needed to sell to a government customer are quite unique and Slitherine has invested in those skills and relationships that allow them to navigate the byzantine system. They did it with CMO and the US Department of Defense. My hunch is over a few beers the folks at Slitherine convinced the folks at Battlefront to give it a try.

One thing that is boggling me is the absence of information on Steam and Matrix’s website. You get 5 photos, no videos, no inline gifs, nothing that successful publishers use to build excitement and showcase something really unique. C’mon guys, it’s not that difficult. As a comparison Total War Warhammer 2 has 2 videos, 5 gifs, and 10 photos. CMSF2 is meant to be cinematic, show us how awesome it can be.

Big question answered, if you already own the game you will get a Steam key.

This has always been Slitherines’ procedure and departing from it would really open up Battlefront to well deserved vitriol. Once it releases on August 25th you’ll be able to create a Slitherine account and get your key. Or, if you’re like me, you can just buy it on Steam.

The biggest thing I’m excited for is Workshop support. I’ve heard absolutely nothing about if this is going to happen. There’s a few places to download mods, scenarios, and campaigns, but it is scattered and in some cases difficult to find what you’re looking for. A simple Steam Workshop experience for sound mods, graphics, and campaigns would be amazing.

The plan, as it’s laid out now, is to see how profitable the Steam release of SF2 is and then release the rest of the catalog in the future.

But what I’m really hoping for is more narrative style games like RPS does with Communal Combat Mission or the yearly (bi-yearly) referee’d PVP matches I’ve played with 30 to 40 other people. Beyond that I really dig the obscure stuff. Enough Tiger II’s and Panther variants. Give me those weirdo tankettes and oddball equipment.

It’s all going to drop on August 25th, be sure to check it out.

Next ArticleWeapons Release : A New Hope