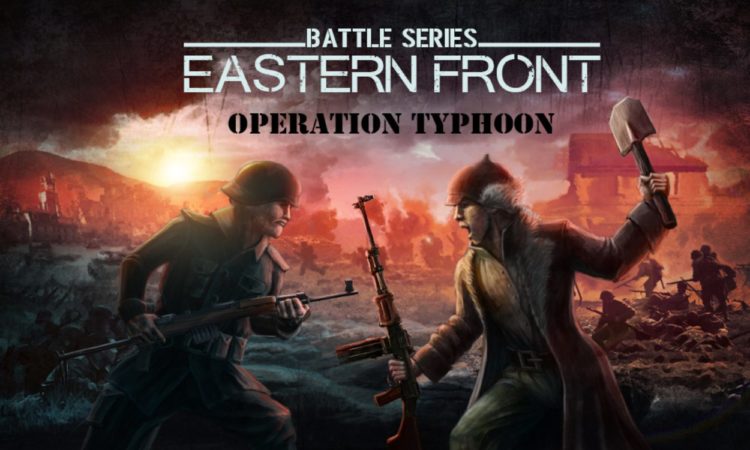 You’re given an initial task, take Moscow. The game has a slick little interface with not much to clutter it up. Clouds drift by nicely with a few different styles of hex between your Panzers and Moscow itself. Of course there’s Soviet troops in the way too.

The game is broken down into phases, Combat, Movement, Reinforcement, then you switch to the Soviets… and that’s where the game kind of drifts for me. There is no AI. You play both sides.

In the first turns you can absolutely get to the outskirts of Moscow and even if you leave a Soviet unit in your rear I didn’t have any supply issues. So I’m assuming it’s not modeled.

The pacing of the game, if your OK playing both sides, feels frantic for the Soviets. The Germans definitely make big jumps but also feel quite fragile. You only get 1 reinforcement point for the Axis while the Soviets get 5.

Combat is basic. You tap the attacker, then you tap the target and a window immediately pops up with the results. Note the Advance after Combat, you have one chance to do that. Mis-tap and you lose that one chance. It’s little things like that that bug me the most about this game. On top of it you can’t save the game. I have yet to actually finish a full campaign (7 turns) as it’s either crashed or I had to put it down.

Any issues I’ve had are easy fixable. A save game dialogue should be fairly easy. I understand the AI is more difficult, but hopefully it gets worked on. Finally the annoying idiosyncrasies can (and should) be fixed. We’ve come to expect certain behavior from the flow of our apps and when an app strays from that path it just feels weird.

The app is free, and the real reason to try it out is to get a feel for what their other app is like, Kursk – Battle at Prochorovka. This game is significantly larger and has a higher price tag to go with it. So it’s unfortunate that the lead in game has the issues it does. I think this type of game translate well to mobile, hopefully it can get polished up and we’ll see more games like this in the future.

For now grab it as it’s free, but be aware of the limitations.

Next ArticleImperium Universalis : The Rome we Wanted