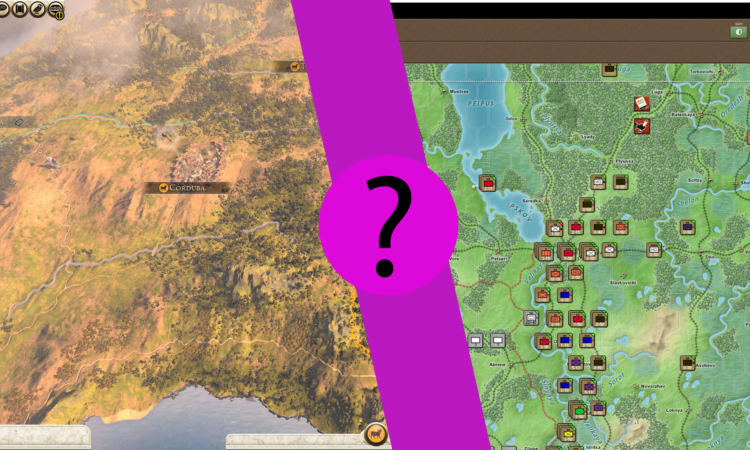 Rome to Charlemagne : A Different Wargame

Lately I’ve been getting my gaming fix away from prodigious hexes and even more prodigious spreadsheets. My evening reading has been Mary Beard’s excellent SPQR, and Bernard Cornwell’s the Last Kingdom. So I sought out games to cover me between pre-republican Rome all the way up to the the reign of Alfred the Great.

The first stop was Total War : Rome 2. At some point the drunk me must have bought it on Steam because when I went to buy it I found out I actually owned it already. Welp!

To clarify I have the Emperor’s Edition, which I guess fixes the original issues with Rome 2? I’m not sure. The best I can figure is the reviews were so terrible for the original Rome 2 that they rebranded it, and fixed some issues, to give the Metacritics and such a clean slate.

I was told by many many people that TW:R2 is a bad game and I was a bad person for playing it.

But hey, you fall in love with an era and sometimes you just gotta do it. If you’re into some obscure war then you’ll play anything, regardless how crappy, to get your fix.

The prologue campaign opens up well enough. I’m some nobody consul off to rescue some other consul after his army gets nabbed. I fight some battles, recruit some units, siege a city and voila, I’m playing Rome 2. Now I never played the earlier Total War games. When Total War : Rome came out in 2004 I was in university and so poor that ground beef was a luxury.

Most people actually told me ignore TW:R2 and play TW:R1 instead. I tried. The game feels dated and I had no nostalgia to get me through the clunky bits. Without rose colored glasses it was just old. (Will my kid look at my game collection like that in ten years?)

My empire grew bit by bit as I gobbled up Sicily, then moved north to Cisalpina. I hit the Arverni followed by the Lusitani. Slowly the empire grew, and slowly I spread that great red blob north and west. At every new region I expected to find those terrible germanic legions that destroyed Varus and halted the roman empire.

Suddenly the thrill of being a legionary wore off. Now I was a bureaucratic army shuffler. I could see my empire rating rising but I’d conquered nearly half the map and wasn’t really feeling it yet. Conquering the other half just felt kind of boring. Sure I could go to Persia, but why? The game in the middle bits was bland like week old cinnamon rolls. Still tasty, but lacking depth.

So what was it lacking? For one the provincial view was much too simplistic. I could either go all army, all economy or a gimped mix of the two. Public order didn’t seem to give me much grief either. The religion bit seemed like it’d help but I rarely hard problems. Corruption was supposed to keep me in check but it felt like a hollow nerf.

Everything felt lukewarm. The factions didn’t seem unique enough. Eventually I just stopped. The odd part is I couldn’t put my finger on just one thing I didn’t like. It was a combination of factors that eventually caused me to lose interest. It doesn’t feel like a bad game, just not a good one.

So is this a war game? It certainly plays out ancient battles much like, say, Combat Mission or Graviteam does. It has an interesting tactical overlay similar to Civilization, yet it’s definitely not in the same vein. Maybe it looks to have too much polish, or it just doesn’t fit the grognardy senses. But yes, I’d say it’s a war game. (My 6 year old son agrees as he asks, “Dad, why are you playing another war game?”)

Just playing the battles on their own was interesting. The scenario with Teutoburg Forest was particularly intense. The campaign really needed more battles that could actually happen like that. Just that one change, giving massively varied terrain, would be pretty awesome. Let me spend tactical points to select one of three maps, or if the opponent is more skilled, let him choose the battle site. There’s a real opportunity missed there.

The pace of expansion was also off. If I can expand to the furthest borders of Rome at about 150 BC, there’s something wrong.

It must’ve been one hell of a sale as I seemed to have purchased both Attila and the Charlemagne expansion.

Thanks again drunk me! (Or chemo me, they both tended to do this.)

Attila is similar yet different. The horde mechanic seemed pretty cool at first but I just couldn’t dig the Visigoths or Ostrogoths. I really did enjoy the roaming violence and the challenge that went with it. At every moment it felt like I was about to drive my horde off a cliff into the ditch of history.

Then everyone pointed me to Charlemagne as the true savior.

After learning my lesson with the Romans I decided to play a smaller faction instead of being bogged down with a massive empire. So I chose the Kingdom of Mercia. The Welsh were raiding my borders while the Kingdom of Wessex waited to give me a cheap shot. Northumbria was growing stronger on the North. This felt good.

Early on it was tough, damned tough. The Welsh broke through my borders and sacked my cities. What little treasury I had could barely keep one army afloat. It felt right. It felt like a dark age army struggling to toss farmers into battle.

Eventually we conquered one Welsh kingdom, then the next, then the last. Wessex fell shortly after along with the Duchy of Kent. The Irish attacked, but with the boat move speed being so incredibly slow I had no issue moving forces back to defend.

And suddenly I was back where I was before in the other two games. I had the funds to expand but it all felt sort of bland.

So is Total War a grand strategy game? Erm, kind of.

So if we take Crusader Kings 2, or Europa Universalis IV, we can weasel it a bit and see the dark age world. (CK2 starts in 769) Either of those engines is much more suited to showing the variety of the dark age world. They feel more accurate, it takes centuries and multiple generations of nobles to scoop up even a bit of Europe. If Total War had a system like that with the strategic overlay they have now, well, that’d be a pretty wicked game.

I do enjoy me some Crusader Kings. They do a lot of things right in regards to the viking raiders that the English in TW don’t have to deal with. At a certain point in Charlemagne I felt secure and I shouldn’t have. Even with the petty squabbles in the factions overview, it still felt like an added layer. And not a particularly good one either. I’d hoped when Offa died I’d have an interesting succession crisis but I didn’t.

I still like it. I’d even say I enjoyed it. But not in the same way I did an edge of my seat run through of Crusader Kings 2 as I struggled to keep my dynasty alive. It’s close. Very close.

Now it does feel different from Total War : Warhammer. I think TW:W learned some lessons so the mid game slog is alleviated by wildly varying opponents. What works against the orcs is a death wish against the wood elves. (Argh, damn wood elves!) So those early game provinces you’d once set-and-forget in Rome 2 are suddenly very important in regards to unit composition. Also having some provinces with special buildings adds more thought to what to build.

It’s not perfect, but it’s a hell of a lot better.

Hopefully Creative Assembly can revisit the Roman empire and apply some of the lessons they learned in TW:W. There’s just something about marching legions into the dim dark germanic forests…