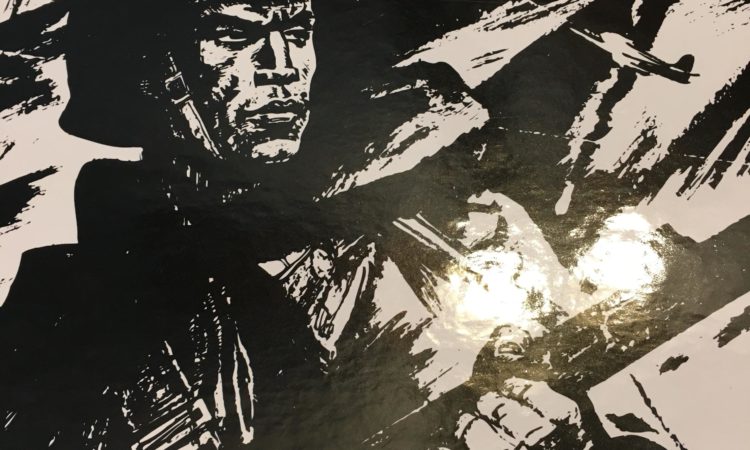 With a touch of Christmas Magic and a 1914 style truce between the dogs and cat, we find a very Grognardy Christmas here in the Great White North. Lest you think Santa just brings me games from Matrix and Steam, here we have some fresh new offerings!

First off is a gift from Sister Claus.

This one was a pleasant surprise. It’s a Lingberg Line T-55 Tank. I’ve never tackled a model from this company, nor do I have any Cold War tanks. In my household any armored vehicle must be able to withstand a 6 year old, so this one should fit right in. I once preferred 1/72 scale, but they didn’t pass the toddler test. I’ll likely do this one up in some basic Soviet colors. Though it is pretty interesting that it offers an Israeli variant. According to the insert over 100,000 of the T-55’s were produced. That’s a pretty ridiculous number.

Now this one was an inadvertent gift to myself. I P500’d it back in August and it arrived just before Christmas. So, after a little peek, it went under the Christmas tree. I haven’t had a chance to play it yet, but I’ve heard really great things about this game.

The counters look great, and the scale makes it very approachable. It actually looks like a grognard game I could play in an evening. And I think it’s my first Army Scale wargame. I’ve got Conflict of Heroes and Panzer, so this is a nice change.

Revolution Under Siege & Shot and Pike

The Steam Holiday Sale turns us all into compulsive shoppers. We become just as bad as those crazed bleach-blonde middle aged stepford wives on Black Friday. Suddenly emails afraid from Gabe Newsom himself. Suddenly I’m adding things to the cart, things that I wouldn’t pick up at full price, or just slipped through the cracks. I’ve tried to be strong, I really have, but like some women need shoes, I need more theatres of war.

Revolution under Siege looks especially interesting. The Polish-Soviet war of 1919-1920 is one of those conflicts I know virtually nothing about, but set a ton of history for the next 30 years.

Pike and Shot  is another game that covers an era I’m pretty unfamiliar with. Now my friend heygal is an expert and really livens up this era for me. Especially the pike part of it. Not only was it a transitional period in military history, but some of the characters are truly larger than life. I’m looking forward to sinking my teeth into this one.

I visited Fantasy Flight Games HQ last spring and had a chance to get my hands on Armada. I tried to resist it. I tried really, really, hard. But the dark side tugged at me…

But then Santa settled it for me.

The models are beautiful, they really are. For being so small the ships are exceptionally well detailed. They have just enough highlights to set out the texture while still having overall depth with what must be a nice oil wash. The squadrons are as detailed but are still very nice. If this is a game I enjoy playing I plan on offering more coverage on the blog. If it’s something you’re into please let me know what’s the best way to proceed.

So go forth, lay out a game, play it with your grumpy uncle, and enjoy the holidays!