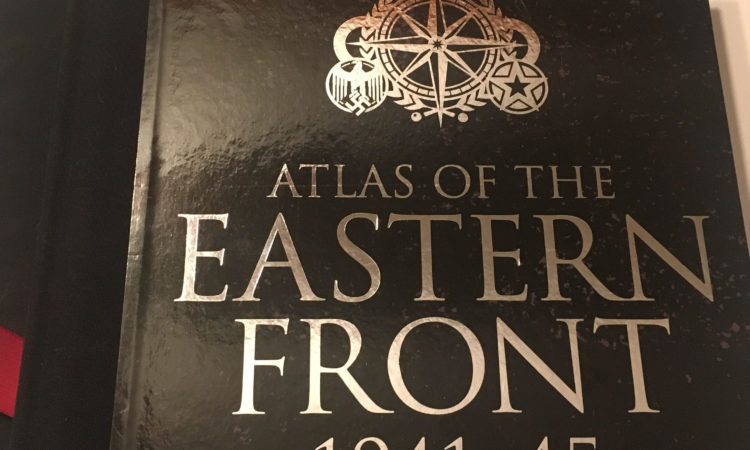 Give me a map, a moment, and I’ll wander the world.

Ok, so I’m actually kind of biased here. My Brother-in-Law, an awesome dude, happens to be a professional cartographer. So I’ve spent many a good hour browsing through high-end map coffee table books. Beyond that I spent hours of my youth studying maps, imagining the battles fought on those little squares and circles, and tracing history one page at a time.

My initial drive to get this book was actually from a video game. Sure, I’d read some basic books about the Eastern Front but my knowledge was pretty slim. I’d always been a Battle of the Bulge kind of guy. Then I started playing Gary Grigsby’s War in the East.

Suddenly I had a burning desire to know how the German LVI Corps handled the area around Lake Ilmen and other such questions. Because now in my game I have this advancing German Army Corps and as I ponder how to advance I realize someones already done the leg work. The actual generals. Sure I could page through Fugate’s Operation Barbarossa or Stahel’s Operation Barbarossa but really all I need is a map. 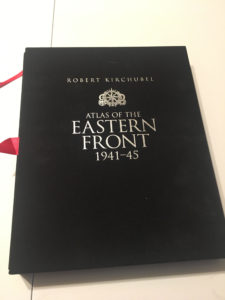 Then the black jacketed Atlas of the Eastern Front is released. Written by Lt. Col. Robert Kirchubel (ret.), a military history professor at Purdue. The book is 268 pages with 128 maps.

That’s right. We’ve got everything from wide Army level maps covering the entirety of Russia (Map #3) all the way to a detailed map of the North of Stalingrad.(Map 54) There’s focus on each Army Group at various points throughout the war as well along with focus on major (and some minor) campaigns. 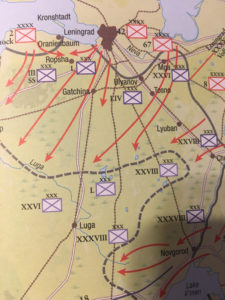 One thing that is really cool as you flip through the book is watching as the German’s quickly move across Russia, hold for awhile, and then are pushed back systematically until the end of the war. One of the last battle maps details Berlin, 1945. (Map 122)

The focus isn’t just on the advancing Germans, but adds equal detail to the Soviet side as well. 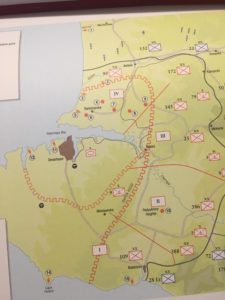 Beyond just the maps we have a synopsis of the battles, or movement, as detailed on each map. For example the 1944 Liberation of Leningrad (Map 85) has a one page synopsis that covers not only movement but AFV’s and aircraft in the operation. It gives you just enough meat to satisfy your curiosity. 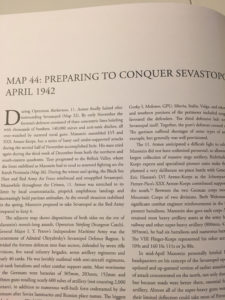 Some of the maps get pretty icon dense and following one particular division can be difficult. I would have liked to have seen some hyper-detailed maps showing more than just broad strokes of movement, but overall the scale fits the detail. In the appendix is some maps detailing partisan activity and political breakdown. I’d have loved more maps like this that helped show more data from the front. 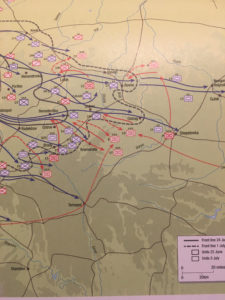 If you’re into the Eastern Front, or want to play a more historical version of a game, be it PC or board, then this book is for you. It’s priced very competitively for the high quality of hardcover that you get. Not to mention an attractive hard box exterior with cloth lining. This isn’t a $15, 96 page, sourcebook but something more akin to a college text. Mr. Kirchubel wrote a really great book.

You can get it at Amazon or Osprey.