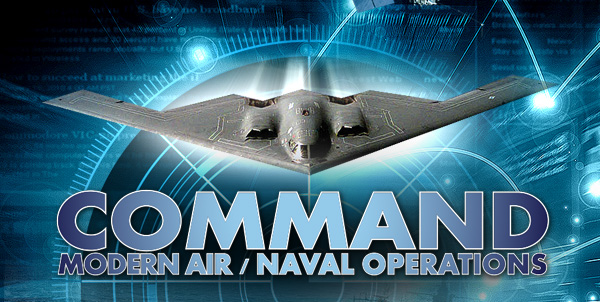 Wargames on the Table / Screen

Lately I’ve been working on a few new games that are pushing my strategy gaming boundaries. Yes, the Decisive Campaigns Barbarossa campaign is done. Unfortunately (or fortunately) I binge played through to the end of the war. I had a few sudden breakthroughs and, well, I kind of ended the war. So I took a brief hiatus, played a few less groggy games, and at the same time beefed up my boardgame collection. Like, seriously beefed it up.

I’ve had my eyes on this game for quite some time. The price point always put me off along with a general unfamiliarity with air and naval combat. Then it came to Steam, and then it went on sale. It was hard to pass up for $40, especially given the rave reviews Baloogan gives it.

So now I have to learn this beast! I browsed the manual and then just jumped in head first. Wikipedia is my friend as I have no idea what any of this shit is. I had no idea there was such a variety of aircraft. I had no idea we even had ewar capabilities like this even in the 1980’s. I mean, what the fuck, I’m supposed to be up on this shit!

At first it was dry. The in-game tutorial is kind of bland. So I browsed over to Youtube and played through the tutorial with Baloogan’s video. Not everything was the same, but close enough. This highlights the problem with relying on external videos/Let’s Plays to document your game. If the game changes, and the popular tutorials don’t, then you’ve got a training issue.

But back to AIM missiles and A-6E Intruders.

The moment I was hooked was when my flights of F14’s engaged a line of Soviet aircraft. Vampires and missiles flew (who knew, vampires for hostile missile?) and whammo, I watched that dogfight develop right before my eyes. Add to it that feeling of “new” and “discovery” and I can see myself playing a lot of this. It’s so different from the bog-normal hex shit.

It’s refreshing. Someone needs to do a modern land battle simulator in this same vein.

I went on a GMT Games binge. No other way to put it. I backed a few P500’s and then picked up some older games as well. Paths of Glory and Washingtons War are the first two on the table.

The manuals for both are meaty. Thick, beefy, and dense. Like an overcooked hamburger. Unfortunately the Youtube videos of this is in the realm of craptastic. A shaky cell phone video in bad lighting with poor audio is tough to watch. So instead I’m using VASSAL to setup the games and play with the setups. An added bonus is that I can start and stop without worrying about my kid tantruming or the cat-pocalypse.

So far I’m liking the mechanics. Hopefully I can get it on the table this weekend.

In addition to Washington’s War I also picked up :

I’m really excited to try Pendragon, it’ll be my first COIN (Counter Insurgency) game. From the chatter I’m hearing it might not be the best one, people are complaining of creep into the game. Falling Sky also looks cool, but I’ll probably hold where I’m at. The P500 system is exciting and addicting. I hope GMT has a smooth expansion and I’ve got great games sooner than later.

I’m thinking of using Twitch to try and learn Command. It’d be great to have a live tutor (or a chatroom of them) helping me learn the proper way to play. Personally I like a good website or manual with a ton of pictures and explanations. A wall of text is kind of shitty, as is pictures only. (I hate the background on the Command Manual) I’m rather mixed about the Youtube method of learning a game. Is it a crutch for the developer? Yes, it saves you the trouble of designing a manual and tutorials but now you’re at the whims of someone outside your control.

On the flipside of this is learning Washington’s War from a rather, erm, dense, manual. It’s always better to learn from someone who knows the system, but seeing as I live in a small town on the very edge of civilization, that can be tough. I might use Vassal and try to track down someone who can help me learn it there. But we’ll see, I might just tough it out with my wife too. I could use a Grognard next door.

If you want to be my Command tutor please let me know, we’ll fire up Twitch and you can yell at me. Same goes for Vassal, drop a comment and hit me up.