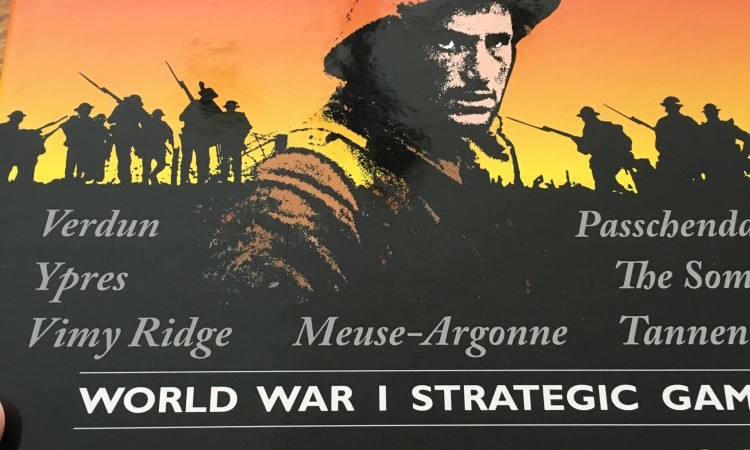 Recently I’ve taken an interest in some board games made by a company called GMT Games. They specialize in niche, almost bespoke, historically accurate boardgames. This isn’t Settlers of Catan or Carcassonne but an attempt to model a conflict or situation in as accurate a way as possible.

I grew up on the end of the board gaming craze of the 80’s. I vaguely remember large boxes stuffed with a ridiculous quantity of pieces all meshed into a rule set that no one seemed to know. It wasn’t a positive experience, nor was it negative, we didn’t play the games as much as take them out, fuss with them and stuff them away. (Missing a few pieces I’m sure) Fast forward twenty years and Settlers of Catan reinvigorated the interest and sites like Kickstarter have allowed an entirely new generation of games to flourish.

GMT Games has the same model as those games from the 80’s. No elegant european style rules, no cutesy anime animals on a digitally rendered board. They boiled down a set of rules into as simple as it could be (more on that later) and set the game loose in a historical conflict of some sort. It’s an anachronistic throwback to an era where rules are king, and the setting is everything.

One of the most unique things about GMT Games is not the fact that they latch on to grognardy niches or the super detailed rulesets, but rather how they decide to make a game.

Initially the game is designed, discussed, the rules hammered out (for most games you can download the rules, cards, everything for free) and finally when it’s ready to be made they offer it for sale. Except it’s not for sale. It’s like Kickstarter, you’re laying cash on the line. They call it the P500 system. Or Pre-Order 500. Once 500 copies are sold the game is made. They show, live, exactly where the game is at. You might wait a year or more to have a game made. Though the most popular ones move quickly.

I chose Paths of Glory as my entry to a GMT Game. It’s a recreation of World War I with a rulebook that reads like an engineering manual. To someone who’s used to playing euro style games, Paths of Glory is unbelievably complex. If it wasn’t for the rave reviews I’ve read about it it’s likely I’d have abandoned it altogether. So in order to learn it better I’m going to do like I did with my War in the East series, I’ll try and make some tutorials. Seeing as I have a six year old and a cat, I’ll be using Vassal for the layout work.

My sister picked up another GMT heavyweight, Twilight Struggle. This one is a simulation of the Cold War and is currently the second highest rated game on BoardGameGeek. She’s the Cold War nerd, I’m the pre-1945 nerd.

So in the future expect to see some detailed, possibly comically bad, tutorials for Paths of Glory.

Next ArticleBattles of the Ancient World I : Review