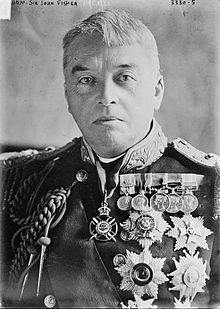 I didn’t intend to make Jackie Fisher roll over in his grave. Sure, commonsense told me to make warships like, well, like they’re supposed to be made. Instead though I’ve been using Rule the Waves as a test bed for wacky ideas and horrible tactics. Did it work?

Rule the Waves recently got an update that fixed a few bugs and added a lot of polish to the game. There’s some stylized graphics, the ability to generate a side profile, and of course, see your abomination in action.

So with the update in mind I decided to follow in the footsteps of the Badnaughts and see what sort of monsters I could make. The Badnaughts were first proposed by a user named ccip on the NWS forums. He had a few simple rules.

This sounded like a lot of fun, but I changed things up a bit. First off I set out with the CaseNaughts.

And well, that’s about it! A casemate is a style of gun that’s built right into the hull of the ship. Something like this.

How exactly a 13 inch gun works as a casemate… well, that I don’t know. The ships functioned decently well, they seemed to be fairly resistant to fire, and could really send out a decent broadside. But when chasing, or running, I could only bring one gun to bear, if I was lucky.

I pictured a furious little Italian Admiral who bullied everyone into submission about the futility of turrets.

The next designs were closer to the Badnaughts.

Yes, it’s an Italian Battlecruiser called PeanutButter. You can thank my five year old son for that one. It has performed exceptionally well for a strangely named ship. We fought one nasty Mediterranean war against the Austro Hungarians and tromped, and I mean stomped, their fleet.

I’m still playing through as the Italians, but I love fighting in the Med. No worries about around the globe transfers and such.

In one of my next games I’ll be focusing just on submarines with as little surface fleet as I can manage. What could go wrong?

Now I can dream that Paradox will pick this beauty up and give it some amazing shine. C’mon Stellaris… Rule the Stars anyone?