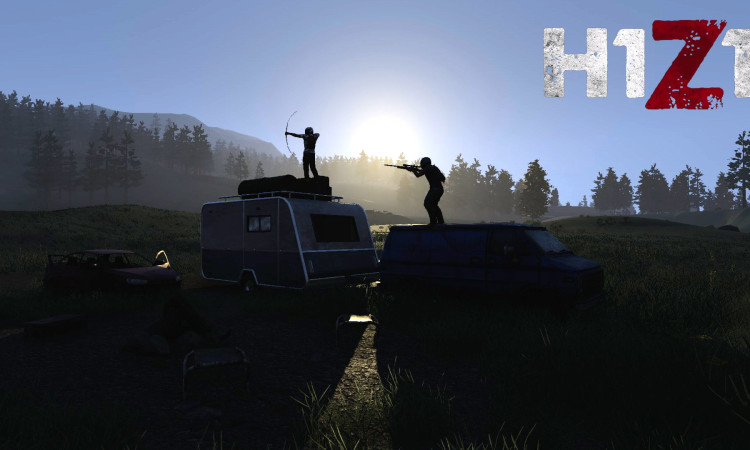 These days most of my gaming time has been spent in binge runs of XCOM 2. While taking a break from stressing about my sharpshooters latest injury, I noticed that Daybreak Games, the publisher of H1Z1 is splitting the game into two parts.

For those of you not into the current survival game craze, think DayZ, or even Minecraft, except with zombies, PVP, construction, and a completely separate no-holds-barred king of the hill style FPS called Battle Royale.

H1Z1 had a really odd duality. At it’s core the game features a map of some generic cities. In survival mode you start out with nothing and have to survive in a very hostile landscape. You could go in and raid cities for supplies, build up your own base, get in fights with the neighbors, all the while trying to keep the zombies from getting you. The zombies were mainly a nuisance, once you knew how to deal with them they weren’t really a threat. To be honest not much groundbreaking here.

What was broken was the game itself. Aim bots and hacking was rampant. Though Daybreak did make big strides in trying to curb this behavior. From what I hear it’s not as common as it was when I played (and subsequently quit because of it) but it’s still around. Beyond that the game was glitchy, as you’d expect an early release game to be.

The other half of the game, Battle Royale, the half with all of the publicity, was the king of the hill mode. You, and hundred more people, are parachuted onto the map. Your only goal. Survive. To encourage conflict the map constantly shrinks with a poison gas mechanic. This isn’t a boring sniper hunt but usually involves trucks, AR-15’s, crashes, hilarious chases, and some very funny reactions on Twitch.

It is so popular that if you go to Twitch nearly every single person is streaming themselves in Battle Royale. As I type this not a single one of the 50 streamers are playing in survival mode. Battle Royale is pretty unique, survival mode is trying to compete with the likes of Rust and ARK.

So it shouldn’t come as much of a surprise that Daybreak, once a SOE property, is splitting the two. The zombie survival is going to be Just Survive, while battle royale is turning into King of the Kill.

What do I smell? Asset sale.

King of the Kill is heading to consoles this summer for a full release. Just Survive is slated for a later release with details to come. Each mode will have it’s own Dev team, and you can damned well guarantee that whichever sells better will get more development resources. My guess, Just Survive will flounder in a saturated market while King of the Kill will thrive. Sometime down the road they’ll quietly shutter the Just Survive and focus exclusively on King of the Kill.

All things being equal, there’s just better games to play than Just Survive. If you need a good survival game fix go play Rust or Ark for awhile. If you gotta get that zombie groove on, go watch the DayZ videos of Frankie. You just can’t top the Santa Claus moment.

Next ArticleRule the Waves : Oddballs