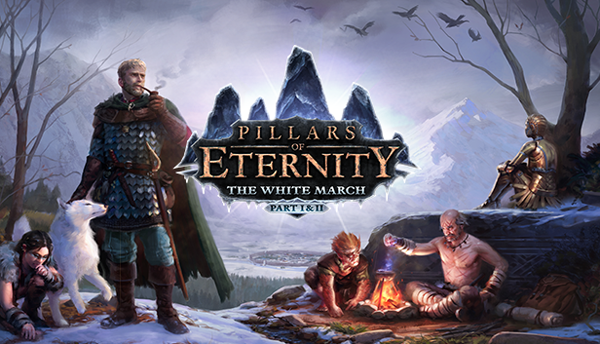 February is bringing some really awesome looking games. For the shortest month of the year we are getting a full load of games. The one that’s topping my list is Crusader Kings II : Conclave. But Xcom 2 is right behind it. To make choices even more difficult, the sequel to Pillar of Eternity’s White March rounds out the month. Here’s some more detail for you.

On February 2nd Paradox will release Conclave. This expansion fully fleshes out your own council. You know, those people who you normally just send to fabricate claims and proselytize heathens? Well now they actually have a say in things. Not only that, but if you ignore them they’ll get displeased. And anyone whose played CK2 knows what unhappy vassals do.

This expansion will hopefully address that mid game bummer stage. When you’ve finally got a stable nation, the neighbors can’t thump you, and any expansions really become tiresome to build up. CK2 works best for me on the Kingdom or smaller scale, once you get an empire the game gets rather boring. But now that excitement of barely keeping it together might just expand with you.

The first modern Xcom did a pretty great job of expanding on the original Xcom. While the game caught some flak for an abrupt ending it looks like the sequel is coming in with a very rich storyline.

Mankind didn’t fare too well. While the specifics on how exactly we lost the war after winning the battles aren’t out there, I’m sure we’ll learn it all in the opening sequence. This is the 800 lb gorilla of February releases. Playing a guerrilla war against a technologically superior foe sounds like a lot of fun. I’ll be looking forward to this one too.

Games Workshop is really good at leveraging the Warhammer 40K IP. In fact if you look at all the flavors coming out lately you might even think the intellectual property has more value than the table top game itself.

This game looks to combine Talisman, an oft maligned Warhammer Fantasy board game with the epic last stand on Terra. I’m hopeful on this game, but GW has had a few stinkers when it comes to IP licensing. The graphics look cool, the setting awesome, and hopefully the gameplay follows suit. Panzer Corp is a grognard lite WW2 combat simulator. The previous version is well regarded as a beer and pretzels sort of game. Light on logistics and micro managing and heavy on immersion and unit detail.

This time around we get the Eastern front, all the way to Japan. The artwork and game style looks to be about the same as the original Panzer Corp. According to Slitherine it’ll be an expansion for those who already own Panzer Corp and a standalone game for those who don’t.

The first White March expanded upon an already awesome Pillar of Eternity. This time through we’re going to finish that storyline and get ourselves a new barbarian companion. Not too shabby.

Ideally this will be the first among many chapters of this game. There is a rich world to explore, and the chapter method fits it pretty well. Hopefully there won’t be another year or two to wait and we’ll see another installment yet this year.