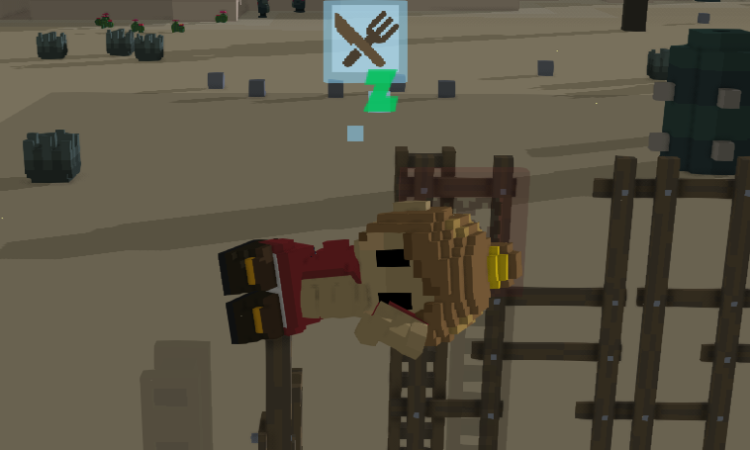 Initially I wasn’t going to step foot into reviewing Early Access games. It’s a realm of great ideas, marketing, fluff, and little substance. An idea for a great game is significantly different than a great game. Now we get to watch the process from shitty early access game all the way to shitty released game.

It’s kind of like sausage. You probably don’t want to watch. Getting the finished product is much better.

But, unfortunately, in our era of gaming we have a shitload of games in Early Access. As such, it’s worth taking a look and wading through the idea and getting to the substance.

Big disclaimer, this review is for what you can purchase right now, Late January 2016, on Steam.

We don’t need a roof.

Stonehearth is a cutesy pixellated clone of Dwarf Fortress developed by Radiant Entertainment. You take a handful of Hearthlings, some supplies, and try to meld all of that into a community. This all happens on a procedurally generated mapscape that ensures each play is unique.

One unique aspect is a Game Master AI that is supposed to tailor the game to your current situation. If your community has an excess of goods then it may attract a band of raiders. If they delve too deep a balrog might crawl out of the rocks. If the game gets dull, it will bring in some life.

The artwork for the game, especially in the promotional photos, looks really cool. Big, sprawling communities, blockheaded warriors headed off to strike down some skeletons, even the basic laborers look cool. Each day begins with a rising sun and ends with a sunset before settling into a cool blue moonscape.

There’s no doubt, Stonehearth is a very pretty game. It’s almost tranquil to watch the hearthlings work as the days pass by.

But that’s about where the fun stops. The Game Master AI isn’t entirely functional. According to the game map it’s 40% complete. You can see things happening, a goblin camp, maybe some stray skeletons, but overall nothing very exciting happens. Those really awesome moments that define Dwarf Fortress, like a pack of marauding undead elephants, are absent. Even the mundane is pretty well gone. It’s hard to fail, and failing is fun.

Another area that’s touted is being able to build you own stylized building. The interface shows a cutesy building that you can click on the eaves, or roof, or wall, and define the characteristics. It doesn’t work terribly well. It’s not intuitive, and instead of showing the end result you’re left wondering whether or not the building will work.

And it usually doesn’t. About half of the time the buildings get stuck mid way through production. There’s not a good menu to show you what resources are in demand. Do I need another clay table? Did I miss out on a set of chairs? So you have to make a mental note, head to the crafting menu, queue, it up, and then watch it all go.

A garden gnome in a garden built by gnomes. Deep.

The build graphic is entertaining to watch. The little hearthlings stomp about, grab resources, and put the building together. Eventually they’ll erect scaffolding and finish out the building. About half the time they tend to get rather lost about this point and walk back and forth like they’re paid by the hour.

This is where the premise starts to fall apart. If I can’t build those cool communities, and I can’t get those cool events, the game becomes a shell. And that’s pretty much what it feels like. There’s a lot of interesting stuff in the future but I can’t help but feel that even when it all comes together the game will be just, well, bland.

The game is slated to have a robust mod community and this should help to add some variety. Is this vanilla ice cream waiting for flavorings? Or just vanilla ice cream that we can put some toppings on? Big difference between the two, one type of mod can fundamentally change the game play, the other gives us things like a Carebear themed candle holder.

Gone is the whimsical drunkenness that Dwarf Fortress offers. The tantrums, emotions, and rich characters that DF gives us is absent here. We have some stats, but all of those little hearthlings feel like identical plastic toys. Each labors away in an individual task, but none stands out as an individual.

Not the sharpest tool in the shed.

It’s hard to connect with the game. The communities are hard to build. When they manage to work everything progresses slowly. Combat is extraordinarily simplistic and simple things like a fence barrier fails to keep out the hostiles. The build menu interface really needs some work to make this key part of the game work.

Do you enjoy Dwarf Fortress but want something you can play with your kid? It’s an easy to watch game. Though it can be frustrating to watch the AI’s poor build coordination. The roadmap shows some cool features coming that will hopefully flesh out the game and remove the veneer of vanilla blandness.

Will it get finished? I can’t judge the developer but I can judge whether or not they’re gaining players. One trend I see is that an early release game will stop bringing in new players and the devs will hastily release version 1.0 and move on to the next project.

Still waiting to get down.

In the past thirty days the game has gained approximately 15,000 new owners. On top of this at any one time there is at least 200 people playing the game. So it’s not dying, and if anything the numbers are going up. Both promising. Plus the devs brought in nearly $250,000 in a single month. I’d call it good odds to get finished.