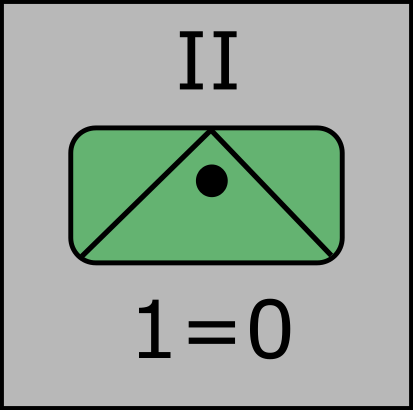 Support units are essential in the War in the East. They are your artillery, engineers, rocket battalions, and anti-aircraft. By abstracting these units it saves you a ton of time shuttling them about. But there’s still some things to know in order to maximize your effectiveness.

Support Units come in two flavors. One is Combat Support Units like Artillery or Pioneers (Engineers). The other is straight up support, or Construction Units. We won’t cover much on the Construction side for right now. But on the Combat side there’s a lot going on.

So if you leave that Stug Battalion at the Corps level they might participate in combat with any of the Divisions attached to that corps.

Here we have the XXXXI Panzer Corps.
First note the red box. This is your automated support level. The game will try and balance the HQ’s so that it has 3 of everything. 3 Artillery, 3 Anti-Air, etc. This can be fine, but sometimes you want to make sure a particular unit has heavier artillery. Then you will want to set the HQ to LOCKED. This prevents the AI from adjusting your fine tuning.

The yellow box allows you to assign more Support Units from the next higher HQ. In our case, we can take support units from the 4th Panzer Group and directly assign them to the XXXXI Panzer Corps. Then, in turn, we could send those units direct to the Divisions. Note, your artillery is assigned to Corps and higher, not direct to Divisions.

Lastly the green box shows us what units are assigned to this unit. We’ve got a lot of Artillery here. The Pioneers are critical for reducing fortifications. How to assign them is a matter of choice. But here’s the critical part:

That HQ must be within 5 hexes in order to provide that support.

Not only is the 5 hexes critical for supply, but also for providing artillery. When you move your Panzers up, move up the HQ at the same time and then attack. Now you’ll have all of that artillery with you! If you leapfrog up your armor first, then move up the HQ later you are missing out on a huge force multiplier.

If you click on the Support Unit you get the unit details. One thing I’ll point out here is how to transfer HQ’s. Click where the Green Arrow is pointing and you can select another HQ. Got a need for Heavy Artillery in Leningrad? Transfer it out of one unit and into another.

How many units get committed from the HQ depends on a series of checks. At a max you can get 6, except in urban or city, where you get 18 support units. Now with every support unit committed it gets harder to commit more. This all comes down to the leader, along with who knows what other factors might impact. Fatigue, weather, supply, etc.

Which brings us back to assigning units direct. With those you are guaranteed to have them committed, but only with that unit.

Oh, and when you take it from the HQ and send it to the Division level, the HQ no longer can use that unit. The Division has exclusive use of it until you send it back. That’s the trade off.

So when do you directly assign those Panzerjäger I? Who gets that Bicycle Recon Unit? (Yes, that’s a thing.)
That’s one of those things that you, the Commander, get to decide. That fine tuning can take a good strategy is really make it crack.

I like taking my Nebelwerfers and getting them with my Panzers. The Stugs, a self propelled attack gun, go with the mechanized infantry. The Panzerjagers go with infantry that might run into trouble. The pioneers get stuck with anyone hitting fortifications, or left at the Corps level.

In regards to Artillery, I like to mass it in the assaulting areas. But only to a certain degree. If I leave a zone without that support then they’ll suffer.

Your Flammpanzers, yah, they are quite an asset. Use them to hammer any tough pockets, especially cities.

Here’s an example layout of a Panzer Division in 1941.
First note the stars, this means I just transferred those units. I can’t move them anywhere else for this turn. They will however be used in combat.

There’s a healthy smattering of AA, three Nebelwerfer Battalions, and five artillery battalions. For a normal battle that’s overkill, as we’ll only use a max of 6. If we fight in a city or Urban hex however, we can use 18. For this particular scenario, Road to Leningrad, my Panzers will hit Riga and Pskov quick like. So those extra artillery will come in handy.

If I had left it as it was my Panzers would lack the punch that they’d otherwise have.

Like many things in WitE, you can play just fine without dealing with it, or you can fine tune to your hearts content.