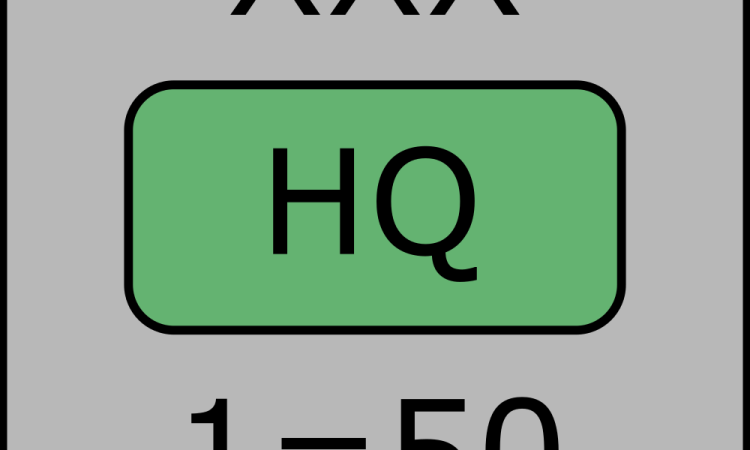 Supply in the War in the East at first seems incredibly complicated but is actually much simpler than it seems. Though like almost everything in WitE, it’s as complicated as you choose to make it.
In Road to Minsk, a 3 turn scenario, you don’t have to worry about supply at all. You can get a decisive Axis victory without ever thinking about it. But in the other Road to scenarios, and the full campaign, it becomes much more critical. But the good news, it’s not that bad.

September 25th, 2015 edit : Click this link to open a printable PDF. Or right click and select “Save As” to put it on your computer.

The absolute basics. Keep your front line units within 5 hexes of their HQ’s. Keep the HQ as close to the railhead as possible. When you can’t do either those, airdrop supplies.

Now it’s more involved than that, but if you follow the rules above you’ll do OK in the shorter scenarios. Once winter strikes, or mud, or 1944, things become more interesting. Supply, especially for the Germans, is difficult. (As it was in reality)

Supplies are produced on the homefront and transported via rail to the front lines. Your railhead, or the furthest point that you have a rail connection to home, is the most vital point on your entire front. You may also have supply via ports, beachhead, or air, but your primary source is from the rail connection.

From the railhead supplies are sent to your HQ units. This is direct, which means it doesn’t transit through Armies to Corps. It is from HQ direct to a unit. So for example, XX Corp HQ sends supplies to the Infantry Divisions attached to it. Where the 9th Army is the HQ of XX Corp it has no relation on supply. Though any unit directly attached to the 9th Army will draw supplies from the Army Group.

Once a supply is at a railhead or friendly city/urban hex they are sent out to the HQ’s. Sometimes, if a unit can’t get supply from the HQ, they will attempt it direct. This isn’t ideal and will lead to supply loss.

If you select a unit, then click on Supply Details you’ll see the screen above.

Highlighted in orange we see the Range to Rail (Hexes) and MP to Rail (Movement Points). You can do the same thing for the end combat unit.

VI Corps has a rail connection and is receiving supplies. An HQ needs to be within 25 hexes and 100 Movement Points. It will be still considered in supply if it meets MP but not hexes.

Their also must be enough Motor Pool Capacity, if there’s not then only a portion of the supply will make it to the HQ and eventually to the units.

The 6th Infantry Division is attached to VI Corps but is not within range for supply.
The end unit must be within 5 hexes or 20 Movement Points. If it’s not the unit will attempt to gain supplies from a railhead or friendly city. This isn’t ideal and leads to reduced supplies.

In red is Phase 1 Supply, or supply from HQ. It got nothing as it didn’t meet that criteria.

In the yellow box we see Phase 2, or supply from elsewhere. The unit only received a portion of the supplies that it needs. This models the fact that trucks have to drive over horrible roads and attempt to deliver supplies. Not good.

The HQ will receive fuel and supplies equal to 100 times the Admin Point cost. The following turn the combat units will receive the disbursements and will be at, or near, maximum supply. They may still be fatigued though, so watch out.

This is tough on your supply network and on your Motor Pool. The further your HQ is from a railhead, the more vehicles it requires to transport. It takes the Mp to railhead * 100 vehicles from your motor. Of that count, 10% are considered destroyed. If you’re 50 MP from the railhead it’ll take 5,000 vehicles, 500 of which are considered gone.

For short games you probably won’t pay much attention to the motor pool, but in long games it is critical. You’ll see expert players watch this closely, I’ve read a few AAR’s where they called it in late 1943 because the Motor Pool was so low that the Axis player knew he didn’t have a chance to recover.

You can use Air Transport Mode (F9) to attempt a supply delivery by air. Just right click on the target and the aircraft will drop supplies. It likely won’t be enough to bring a Panzer Division to 100%, but it might be enough to squeeze out just a bit more.

You’ll also have beachhead mode which allows supplies to be transferred via water. This only works if you have a friendly port on that body of water. Note that it isn’t as efficient as rail transport.

It’s likely the first time you research Supply will be when your Panzer Divisions suddenly run out of fuel.
In our example we’ll be at the very end of the supply chain, 24 hexes and 99 Movement Points from the railhead. Our HQ is following just behind the Panzer Divisions. We’ll assume a full motor pool.

We end up getting just 10% of our needed supplies at the end of that stretched out supply chain.

Moving your railhead is essential, and is the major limiting factor in your advance. Use your FBD units to repair and convert the rail lines as quickly as possible. They make pretty good time until they get through the Baltic Rail Zone. After that it costs 3 points to repair the rails instead of 1.

While it can be daunting Supply isn’t terribly difficult. There are other instances and cases related to supply but what you see here will keep you rolling. The system does a pretty good job modelling the difficulties that the Wehrmacht faced during Barbarossa. How you handle that situation is one of the interesting nuances to War in the East.

Next ArticleWar in the East : Aircraft Basics